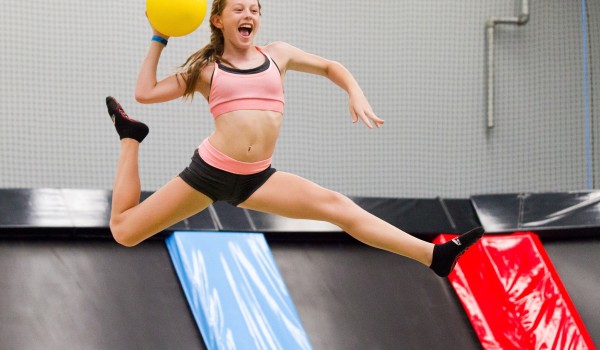 Air Factory is Australia’s largest indoor trampoline park. It boasts 4,700sqm of bouncing space across 140 trampolines –and is based in Burleigh, with equipment to cater for everyone from young children through to gymnasts and professional athletes.

In addition to being the largest in size, Air Factory features an array of unique attractions – including a huge ‘Pro Zone’ which boasts double size Olympic trampolines, and a ‘zorb soccer’ arena where participants can test their skills while strapped inside an inflatable ball.

Four 11 metre long trampolines create a tumbling track for the more daring – with a monster 14 metre long air bag imported from the Netherlands at the end to provide a safe landing for aerial tricks.

There’s also a free jump zone with 40 connected trampolines, along with three dodge ball courts, four slam dunk hoops and a special Mini Air zone area to keep the little ones separated from the older children, teens and adults.